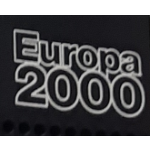 Hi there. I'm an admin of Elevatorpedia and Elevator Community Wiki.

If you require any help or advice, or want to leave suggestion, just leave a message on my talk page.

I'm just a guy who loves elevators since I was around 4 years old. I live in Bali, Indonesia (currently working abroad, around Europe). On YouTube, I'm now known as IDLift3000.

This is what I hate when I found an elevator with these words :-(

How to call the elevator from outside...?

Former PT. Berca Schindler Lifts's office in my hometown, Bali, Indonesia. The office has moved out to somewhere else and the old office is now a Chinese restaurant.

This is not an inclined Kruppy btw!

Am I floating in an elevator shaft...?
Add a photo to this gallery

Please ask me first if you want to use this for your profile page.

Retrieved from "https://elevation.fandom.com/wiki/User:IDLift3000?oldid=67747"
Community content is available under CC-BY-SA unless otherwise noted.