Tape head (or even called Tape Selector, benobve referred to as a ticky tape, US Patent no.: US4798267[1]) is a mechanical device that shows the position of the elevator car in the shaft. It usually found in some of the low-rise elevators (both traction and hydraulic) built or modernized since 1990s. 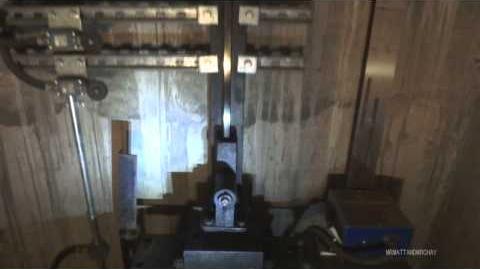 Old 1970s Otis Door Operator and elevator shaft "stuff"!
A 1970s Otis elevator replaced from its selector system to the tape head system (from 2:58 until 4:16).
Add a photo to this gallery

Tape head on a Schindler 5400 AP MRL elevator in Indonesia. Notice the long metallic tape below the device.
Add a photo to this gallery

Retrieved from "https://elevation.fandom.com/wiki/Tape_head?oldid=54164"
Community content is available under CC-BY-SA unless otherwise noted.