A selector (sometimes referred to as a floor selector, or an elevator leveling cam) is a mechanical device that shows the position of the elevator car in the shaft using electric circuit and without memory. Mechanical selectors were common in relay-driven elevators installed before around 1985. These devices are found in the elevator machine room and are only found in traction elevators. This device on older elevators is currently being replaced with magnetic switches, or proximity sensors (usually a set of vane sensors), or even a Tape Head for the car top and limit switches in the top and bottom of the shaft (with microprocessor controller).

Typically, an elevator selector consists of multiple switches and a moving carriage.

The carriage or wheel moves up and down with the help of a special chain or tape (or commonly known as selector tape in the elevator industry) attached on the carriage and the elevator car. This chain or tape creates a continuous loop in the shaft and it is moved by a wheel on the selector. As the car moves up and down, so does the carriage, and this carriage activates multiple switches inside the selector (to scale) which activates floor position indicator lamps (both inside and outside) and other switches. These switches are connected to the relay-powered controller.

These types of selector may cause some leveling error when the elevator car stopped at the landing. The solution of this problem will be resolved by both "inch up" and "inch down" buttons.

The screw drive or rotating cam usually works with vane sensors installed on the elevator car top. To receive the signal from the elevator car top to the controller, the selector will move up and down when the sensors triggered by the metal plate installed among with the guide rails. These power either a motor or electromagnetic switches, and the platform flips switches (not to scale) to a different position.

These types of selector may cause some positioning errors when the elevator car stopped at the landing. The solution of this problem will be resolved by sending the elevator to either the top or bottom serving floor.

Each elevator manufacturers have their own design of selector.

This selector has a wheel, with teeth on it. There is something next to the wheel, which might keep it aligned to one of the positions for the floors. There are 2 mechanisms, with electromagnets, that advance the wheel to the next position, in either direction. There are most likely contacts/switches on the back of the selector, and a bar attached to the wheel by an axle that touches those contacts/switches. 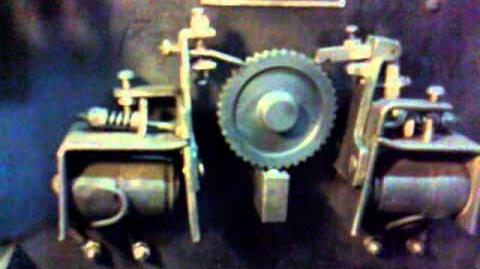 This type of Dover selector appears to be a vertical bar selector. 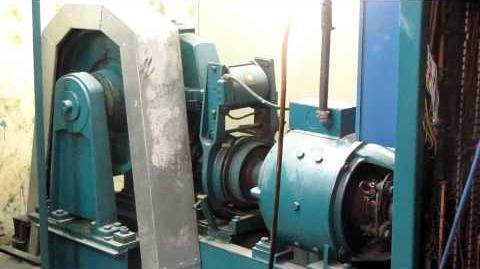 This type of Dover selector has a rotating disk design, though it appears that there are sensors that detect the disks, instead of contacts, and it is horizontal. 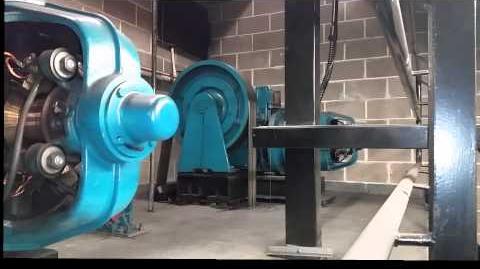 The Express Lift selector design from the United Kingdom for AC-powered elevators is a rotating cam design. In the elevator shaft there are vanes mounted on the guiderails of each floors. These vanes are activated by a vane sensor on the top of the elevator car (which near the modern design). Once each vanes are contacted each other, they activates electromagnetic switches on the controllers and thus rotates the selector cam. 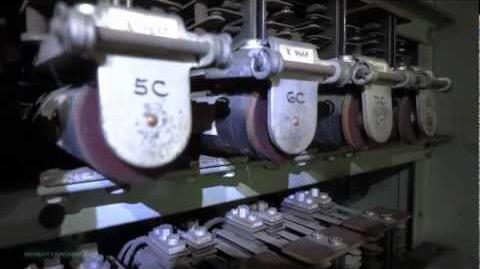 (1 4) PROBABLY THE BEST 'elevator relay logic vid' in the world! - Part 1 of 4
1970s Express Lift with mechanical selector (video: mrmattandmrchay)
Add a photo to this gallery

The selector used in Express Lift DMR (DC traction) elevators consists of a large cabinet with two small moving carriages (which represents the elevator cars) fixed in a rail inside the cabinet. On the top of the cabinet there is a very small motor which lifts these small carriages.

This selector is a vertical bar selector. 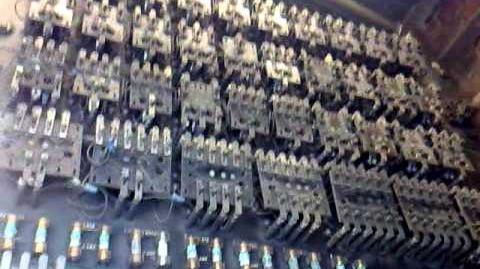 This selector is a vertical bar selector. The selector was also used by GoldStar on their elevators manufactured between the 1970s and 1980s due to a technical partnership with Hitachi.

GoldStar selector from 1988 (next to the controller cabinet)

Hitachi floor selector from 1982. Note the chain in the middle for turning the selector.

An old Hitachi elevator floor selector (right) that has just been dismantled during an elevator replacement.
Add a photo to this gallery

This selector has a platform that moves up and down. It appears that there are switches, that get flipped when the platform passes by them, and the switches would be in different positions depending on what floor the elevator is on. 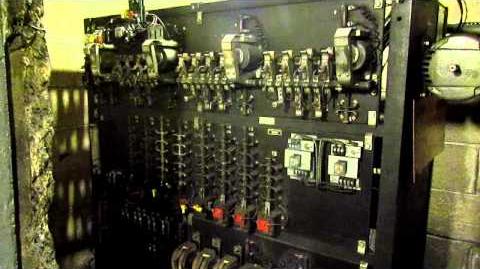 Video of circa 1920s or older Otis selector

The selector design used on some old Otis elevators in the 1960s-1980s is a rotating copper disc design with vertical bar on the back, for DC elevators. Another Otis design in the same era, which might not have existed in the United States is only a vertical bar design, for AC elevators. 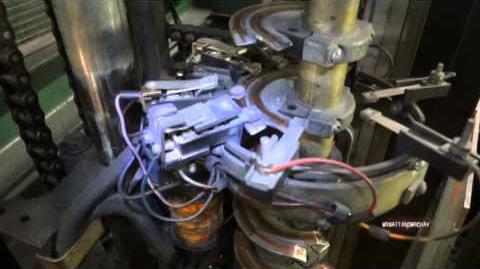 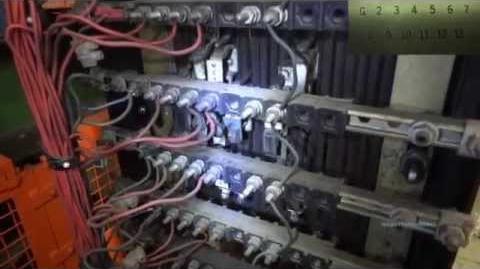 Schindler used a selector that is round like a wheel, and rotates to the left and right. For this design, the elevator car is attached to a cable which turns a big drum on the back of the selector. On the outside of the selector wheel are roller switches which activates floor position indicator lamps, start/slow down switch, and other switches; these switches are activated by a series of "ramps" on the outer side of the wheel. 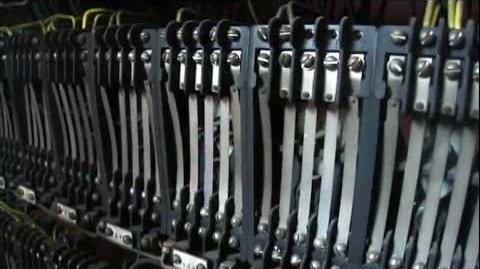 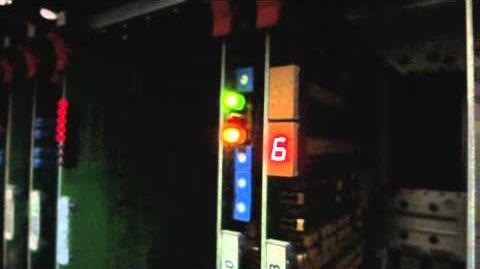 This selector has a wheel, with teeth on it. There might be a mechanism behind the wheel, which might keep it aligned to one of the positions for the floors. There are 2 mechanisms, with electromagnets, that advance the wheel to the next position, in either direction. There are most likely contacts/switches on the back of the selector, and a bar attached to the wheel by an axle that touches those contacts/switches. 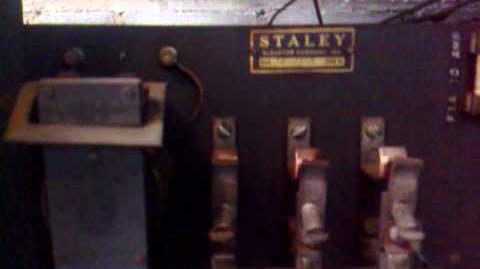 This selector has a platform that moves up and down, most likely with a screw drive mechanism, and the platform flips switches to a different position, depending on if the elevator is above, or below that floor. 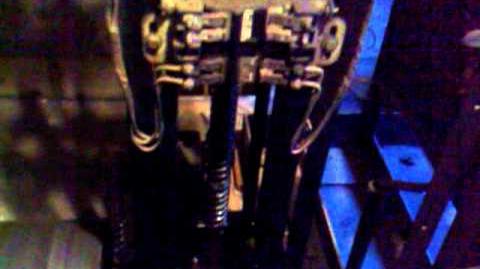 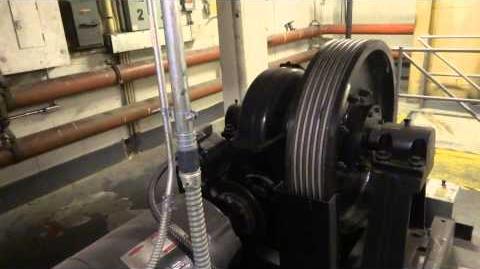 1970s-1980s Mitsubishi floor selector.
Add a photo to this gallery 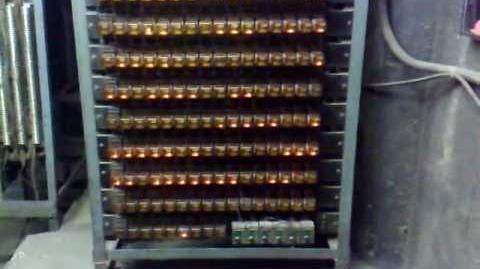 YEAR1981 320 relays,1280 contacts, 35 resistors it would take to build an elevator controller
Unknown selector 2, possibly Armor, GAL, or O'Thompson?
Add a photo to this gallery

Selectors from other manufacturers 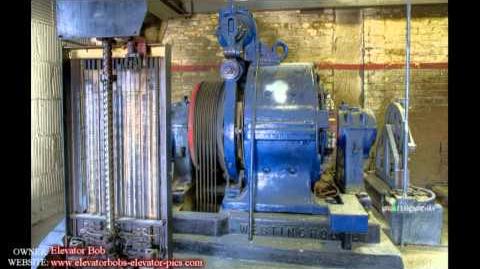 This is the build up to my EPIC SELECTA MOVIE
Video by: mrmattandmrchay 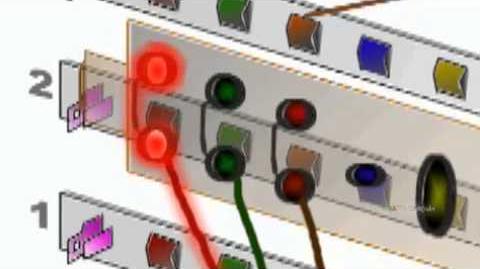 Retrieved from "https://elevation.fandom.com/wiki/Selector?oldid=71316"
Community content is available under CC-BY-SA unless otherwise noted.