Schindler was founded in 1874 by Robert Schindler and Eduard Villiger. Soon, they established a mechanical engineering workshop on an island in the Reuss River in Lucerne, Switzerland. At that time, the company was called "Schindler & Villiger". In 1892, Eduard Villiger leaves the partnership and the company continues under the name of Robert Schindler, Machinery Manufacturer.

Schindler founded the first foreign subsidiary in Berlin, Germany in 1906. Thereafter, the company expanded continuously and mainly throughout Europe. For examples, Schindler established its presence in the United Kingdom in 1960 operating under the name Platt-Schindler, and in France in 1969 after acquiring Roux Combaluzier which it later became Roux Combaluzier Schindler or RCS. In the 1970s, Schindler relocated its headquarters to Ebikon, Switzerland where it is currently located.

In 2009, a third generation destination dispatch, The PORT Technology was officially launched. At the same time first PORT installation was installed at the International Commerce Centre in Hong Kong.

On April 5, 2016, Schindler's operations in Japan were sold to Nippon Otis Elevator Company because of low reputation in Japan due to one of several Schindler elevator accidents in Japan.

In 2020, Schindler launched a lineup of new generation of modular elevator models with innovative technologies, the Schindler 1000, 3000 and 5000[3]. 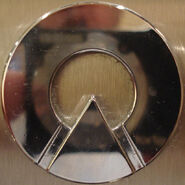 A closer look of the silver emboissed logo. 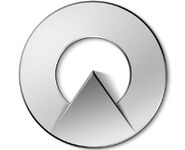 A third generation Schindler logo in Hong Kong, with the name of the former distributor "The Jardine Engineering".

A third generation Schindler logo in Hong Kong, with the name of the subsidiary "Schindler Lifts (Hong Kong) Ltd." while the Jardine Schindler Group has been established in 1974 (elevator opened in 1981). 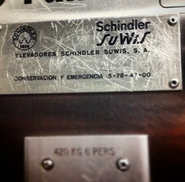 2005 Schindler nameplate made by Shanghai STEP with the 4th generation logo.

Car top of a Schindler elevator in Jakarta, Indonesia.

Schindler elevator advertisement in Indonesia, from the 1990 edition of Yellow Pages Indonesia.
Add a photo to this gallery

Retrieved from "https://elevation.fandom.com/wiki/Schindler?oldid=75970"
Community content is available under CC-BY-SA unless otherwise noted.