This is a list of Orona (or Electra Vitoria) elevator fixtures.

Orona began manufacturing elevators in 1967 under license agreement with Sabiem[1]. As the result, the elevators featured Sabiem's design and fixtures, which consists of non-illuminating black buttons and analogue display floor indicators with green and sometimes red displays. They were branded as "Orona Sabiem"[2]. This lasted until 1975 when the license expired and Orona started making elevators under their own brand.

These are the fixtures used in older Orona elevators prior to 2000's. 1980's Orona elevators had black square buttons with a yellow illuminating halo and a digital floor indicator. The hall station button simply illuminates white.

1990's Orona elevators had black square buttons with a white ring on the center, floor numbering on the side and had no illuminating halo. The hall station buttons had a small red lamp on the side. Floor indicators were digital segments.

OR96[3] was the series name of button fixtures produced by Orona and was used from the early 2000s until around the late 2000s. These fixtures consists of oval shaped buttons with either a small red dot LED, or alternatively a red illuminating halo. Floor indicators were mostly digital segments or LED dot matrix, but there were also grey LCD displays that look similar to some early Schindler D-Line LCD floor indicators.

2000s Orona call station on a pedestal in Jakarta, Indonesia.

2000s Orona car station with OR96 buttons in Jakarta, Indonesia.

Orona OR96 buttons with a red illuminating halo.

Orona OR96 buttons with a red illuminating halo. 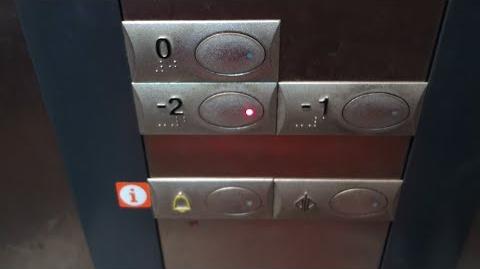 Orona MRL Elevators at a Parking Garage in Barcelona
Another 2000's Orona elevator (video: Turkish Elevators)
Add a photo to this gallery

Arca II[4] was the series of buttons used by Orona from the late 2000s until 2014. They were a successor of the OR96 series. The buttons are oval or egg shaped with a red lamp in the middle. For the hall station buttons, they are rounded triangular that resembles Schindler HT Standard buttons in North America. Floor indicators are either LED dot matrix, digital segments or LCD displays. 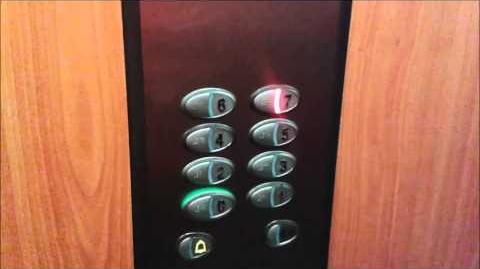 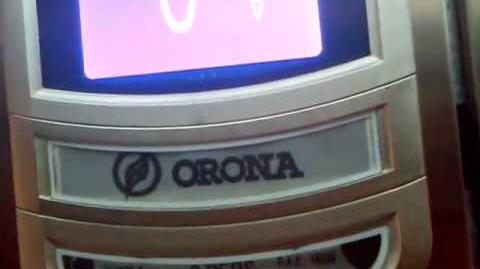 These fixtures were launched in around 2014.

These are round silver buttons with a green illuminating tactile and halo. No official name have been confirmed yet for these fixtures. 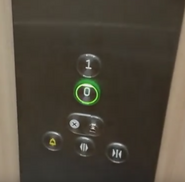 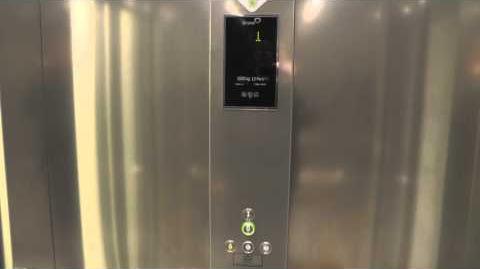 Orona also used this variation of buttons, though not as common as the round ones. These are square stainless steel buttons with white illumination.

Different 2010s Orona floor indicator. The different brand name is because this elevator was installed by a local third party company/distributor.
Add a photo to this gallery

Retrieved from "https://elevation.fandom.com/wiki/List_of_Orona_elevator_fixtures?oldid=68997"
Community content is available under CC-BY-SA unless otherwise noted.