This is a list of Montgomery elevator fixtures in the United States & Canada.

Many of the Montgomery elevators from the 1910s to the 1930s, along with the Globe and Parallelogram elevators from the early 1940's to the mid 1960's used CJ Anderson fixtures, typically with HNRB buttons that were 3/4" diameter black buttons. Some vintage fixtures had HNRW illuminating white buttons and FG traveling lanterns on the later vintage elevators from the 1950's and 1960's. 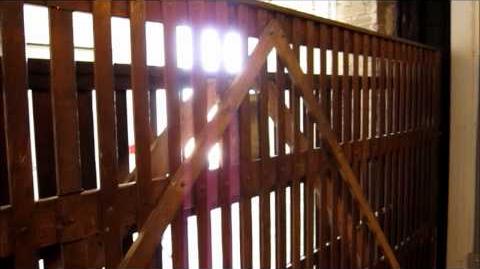 These are found in the Montgomery "Globe & Parallelogram" (G&P) elevators from the late 1960s (circa 1965) until 1982. It has square plastic buttons with white illuminating lamp and black halo. Floor counters are also square plastic lenses with black halo, and bears a close resemblance to the buttons. Directional lanterns usually have triangular lenses that illuminate green for up and red for down, although some newer (1980s) "G&P" lanterns might have up arrows that illuminate white instead of green, even if the down arrows retained their red illumination. Early Installations don't include a "door close" button but later installations close to 1982 include that feature. These might have also been produced by Innovation Industries. 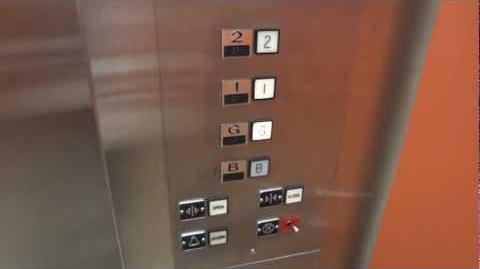 A-Series fixtures were produced from 1982 to 1990, just when Montgomery switched logo designs from the "Globe & Parallelogram" logo to the newer "Twinkie M" logo. These were Montgomery's equivalent to fixtures such as the newer Otis Lexan, Westinghouse AE, and Dover Classic. The buttons are white with a black halo, clear cap, and are made in either a round button shape (similar to Epco CircleLine), or square button shape (similar to Epco FlushLine). Multi-light floor indicators were also similar in design to the pushbuttons, while digital floor indicators were the digital Montgomery indicator with blue dot-matrix vacuum fluorescent display. Lanterns usually had large round or square lenses with black arrows printed on them, and illuminated white for up, red for down. However, A-Series fixtures are non-ADA compliant due to the flush mounted nature of pushbuttons and the floor indicator lenses. As a a result, these fixtures are and are also being replaced with newer ADA compliant fixtures from modernizations. The A-Series was discontinued in 1990 in favor of installing elevators with Innovation Universal fixtures (from a third party company) in order to meet ADA compliance.

NOTE: A-Series fixtures were not used in Canada as Montgomery installations in Canada used a third party elevator company Dewhurst instead when the Square buttons were discontinued.

Montgomery A Series lantern up close

Montgomery A Series lantern other angle

Montgomery Vector fixtures were common in the mid 1980s to early 1990s, and they were used until Kone bought out Montgomery in 1994. As Montgomery's equivalent to Otis Series 1 and Dover Impulse, these fixtures uses gray square buttons with a green illumination stripe lamp next to the buttons. Floor indicators are green dot-matrix vacuum fluorescent display, but some use a standard analog indicator (mainly used on hydraulic installations). While the fixtures met ADA compliance, Vector panels have the floor buttons mounted too high to meet ADA compliance. As a result, this is why Vector fixtures are rare, and many are now being replaced with newer ADA compliant fixtures, often from Innovation. The service cabinet is above the buttons, and is not locked. 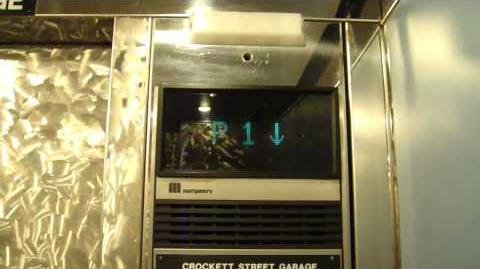 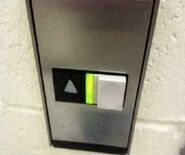 Montgomery Vector Down Call Station
Add a photo to this gallery

The Series 220 fixtures were introduced in 1994 when Kone bought out Montgomery in 1994 in the United States. As a successor to the Vector fixtures, they were also a competitor to Dover Impulse, Otis Series 1, and Schindler MT. This fixture line uses black rectangular, Kone M-Series-like buttons with red-LED illuminating halos. On the early Series 220 elevators, the vacuum fluorescent floor counters from the Vector fixtures continued to be used, but later, they were replaced by red-LED fixed character dot matrix floor counters. Around 1999, some elevators with Series 220 fixtures began using Kone's bell chimes (the down chime used two different pitches, creating a "hi-lo" effect), as well an updated Kone-style red LED floor indicator. The Series 220 were offered until 2006, when it was completely replaced with Kone's current KSS fixtures series.

A lot of YouTube elevator enthusiasts mistakenly refer to these fixtures as KSS 220 as the Series 220 era, but KSS did not come out until 2004.

A later version of Series 220 LED floor indicator display, introduced in 1999.
Add a photo to this gallery

As previously mentioned, Montgomery used CJ Anderson fixtures in its early years right up until the late 1960s when they started manufacturing their own fixtures. However, Montgomery continued to use third party fixtures as well as manufacturing their own; they used Epco fixtures from around the 1970s until the mid 1980s, and then used Innovation during the Twinkie-M and Montgomery Kone eras, especially Innovation Universal and Security. Innovation Universal was used as a replacement of their non-ADA A Series and Innovation Security was used as their "Vandal Resistant" fixtures.

Retrieved from "https://elevation.fandom.com/wiki/List_of_Montgomery_elevator_fixtures?oldid=75488"
Community content is available under CC-BY-SA unless otherwise noted.