For fixtures found in Asia and Europe, please refer to List of Kone elevator fixtures.

This is a list of Kone elevator fixtures that are only used in American Kone elevators in the United States and Canada.

After changing their name from Montgomery KONE to KONE in 2000, the company continued to produce Series 220 until 2006. In 2004, the fixture was renamed "KSS 220", and in 2006, it was replaced by the current KSS series. Buttons are look like rectangular black M-Series buttons with red halo lamp and a white rectangle in the middle. During this time, many elevators with Series 220 fixtures have Kone's then-current style floor indicator. A lot of YouTube elevator enthusiasts mistakenly refer to these fixtures as KSS-220. Series 220 chimes and indicators are still made on custom order with Innovation fixtures.

An early version of Series 220 LED floor counter, introduced in the mid-1990s.

A later version of Series 220 LED floor counter, introduced in 1999.

These are square and round buttons with a red "Schindler MT-style" light stripe on the top that were made for Kone by Innovation. They are the same type as the European Delta version. Delta fixtures are special order and rarely used. 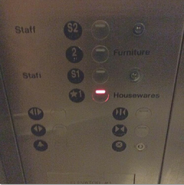 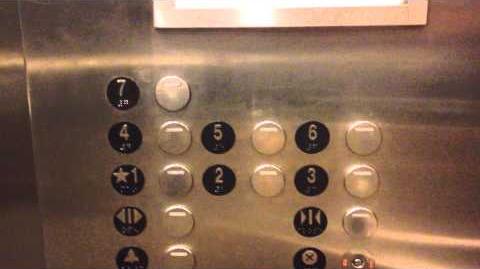 KSS (Kone Signalization System) is the current fixtures line produced by Kone. The current KSS fixtures in production for their American elevators are KSS 140, ReVive 500, ReVive 600, -570, and possibly -970. KSS fixtures are manufactured by Innovation Industries.

KSS 140 is a vandal resistant fixture. It has round grey hard plastic buttons with a tiny orange lamp in the middle, and black braille and tactile plate next to the buttons. Floor indicators uses the same style of LEDs as the European KSS 570 fixtures, but the floor indicator displays are covered with stainless steel mesh. In addition, the arrows on the hall lanterns are transparent. 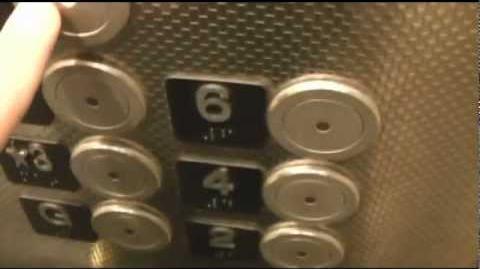 The KSS 300 line adopts the European KSS 470 fixtures, with black vertical lozenge-shaped floor indicator displays and round silver-coated buttons with orange halo lamp. It also has the distinctive arrows which consists of a rhombus and two trapezoids. The floor indicators uses segmented display[1]. KSS 300 was discontinued around 2007-2008.

KSS 370 features the same design as the KSS 300 fixture line, except the hall station is more square, and the floor indicators uses Kone dot-matrix display[1]. KSS 370 has been since discontinued circa 2014. 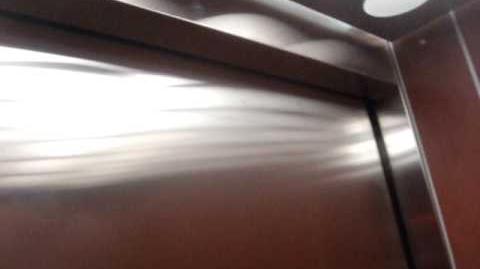 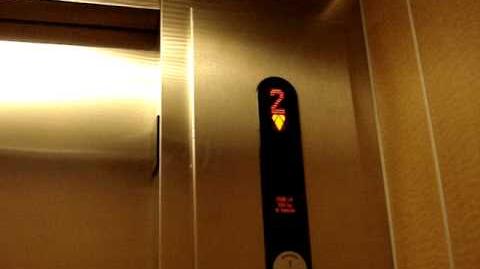 As with KSS 370, KSS 500 fixtures mostly adopts the European KSS 520 fixtures with black vertical rectangular floor indicator displays and round silver-coated buttons with an orange or white halo lamp[1]. It also has the distinctive arrows which consists of a rhombus and two trapezoids. Kone also makes ReVive KSS 500 fixtures for modernizations[2]. KSS 500 has been discontinues circa 2015, except for the ones used in modernization. 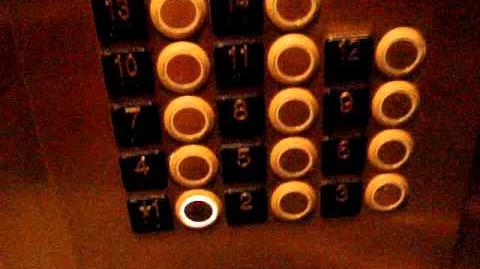 This is similar to KSS 500 fixtures, but has a different indicator, which does not have black plastic around it. It is heavily based on the European version of KSS 570. It might be possible that the different indicator is an option, but it's unknown. These might be surface mount fixtures, but it is unknown if this is true. There is also a swing version of KSS 570 for high rise elevators to accommodate more buttons.

This is a destination dispatch hall station. It uses square buttons exclusive to this fixture line. This is used on Kone Polaris elevators and part of the KSS 570 series. 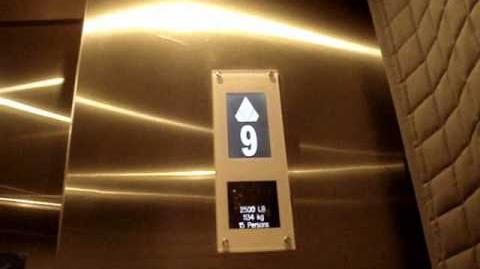 This is a destination dispatch elevator hall station with square buttons, different to KSP 576 buttons. This is the surface mounted version and used on Kone Polaris elevators.

This is a destination dispatch elevator hall station with square buttons, different to KSP 576 buttons. This is the flush mounted version and used on Kone Polaris elevators.

This is a destination dispatch destination indicator with a horizontal panel. This is used on Kone Polaris elevators. The vertical panel version is called KSJ 977.

This is a destination dispatch car station with square buttons and used on Kone Polaris elevators.-->

This is a touchscreen destination dispatch hall station and used on Kone Polaris elevators.

KSS 970 is an American version of flush mounted fixtures with either rounded or square flushed buttons that is similar to European version of KSS 970. Floor indicators are either LED dot matrix (white, amber or blue) or a full color LCD display. Those fixtures can be found at Trump International Hotel and Tower in Chicago, IL

KONE Design fixtures mostly adopts the European style tinted glass panel with various colors and pattern decorations, and aluminum frame. These fixtures might have been discontinued. 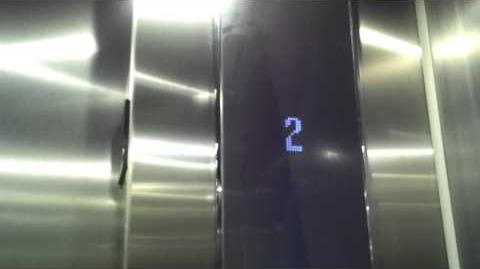 Some American Kone elevators, along with many modernizations, are using generic fixtures like Innovation, GAL, Dewhurst, and few others. 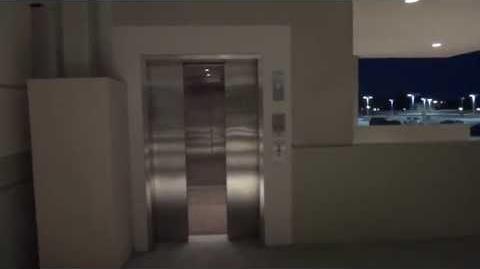 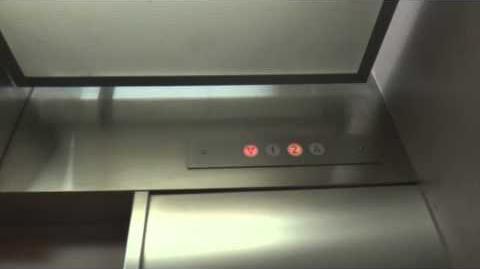 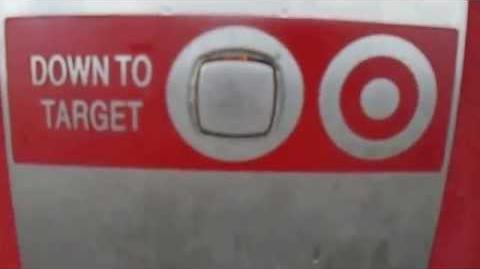