This is a list of elevator fixtures that have been made and used by Boral Elevators in Australia. 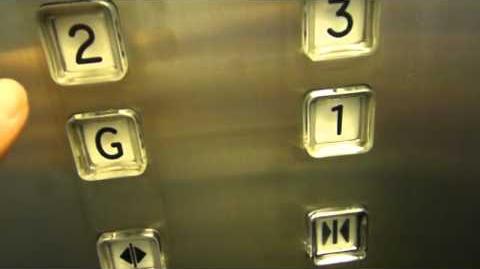 In the 1990s, Boral redesigned the square buttons to look larger and clearer with plastic lens and sometimes, with a black halo.

Some late models of Boral elevators used white rectangle buttons which light up red when pressed. The floor indicators have been slightly redesigned with larger LED dot-matrix display.

1990s Boral LED car floor indicator with a text display below the floor number display. This display sometimes shows various texts like "MAIN LOBBY", "NEXT CAR LEAVES", or "PLEASE HAVE A NICE DAY".
Add a photo to this gallery

1990s Boral touch-sensitive fixtures.
Add a photo to this gallery

Retrieved from "https://elevation.fandom.com/wiki/List_of_Boral_elevator_fixtures?oldid=74691"
Community content is available under CC-BY-SA unless otherwise noted.