This was a TMS series for low-rise buildings. It has a green coloured control cabinet located in the machine room. Some Fiam elevators installed after the company acquired by Kone used this controller.

This was a TMS system that controls the traction motor using thyristors. It was a standard elevator control geared mostly towards the Scandinavian markets.

The TMS 500 was designed for low to mid-rise buildings. It had a speed range of one to four meters per second. The system directs all calls to a control system that monitors the elevator position, waiting times, car loads and passenger movement. The computer then directs the elevators in such a way as to optimise their use and prevents long waiting. It was estimated that the TMS 500 consumed 40-70% less energy. Furthermore, when there is a breakdown, only the faulty elevator is stopped while letting the other elevators to continue operating.

The TMS 516 was Kone's standard elevator controller in the 1980s, mainly in Europe and Hong Kong. It has a red coloured control cabinet located in the machine room. It uses ACVV or TAC5 motor drive.

THe guts of an KONE TMS516 Control cabinet, driving one of 2 McGregorNavire elevator om M/S Silja Serenade.
Add a photo to this gallery

TMS 600 was a Kone elevator system mainly for mid to high-rise buildings. It has a green (older release) or red coloured control cabinet located in the machine room. This control system was also used in some Indolift elevators in Indonesia in the 1990s, when Kone had a joint venture with the company. VF motor drive is used.

A Kone TMS 600 controller in Indonesia, uused in an Indolift elevator.
Add a photo to this gallery

The TMS 900 was a series of Kone's Traffic Master System for high-rise buildings. It has a light-blue coloured control cabinet located in the machine room. It used 16-bit microcomputers to control between two to eight elevators with serving floors up to 32 floors. It also used an allocation algorithm to optimise elevator usage so as to minimize waiting time for passengers; if energy and hence cost savings are desired, another algorithm which minimizes energy could also be used. It was also possible to use the former algorithm for peak hours and switching to the energy saving algorithm during off-peak hours.

In addition, the TMS 900 was equipped with a Static Converter Drive (SCD) which could save energy up to 70%, thus made the elevator more energy efficient compared to conventional elevators without the TMS.

This was a TMS series for modernization of older elevators. It improved traffic handling performance of multiple elevators in a group control while taking one elevator out of service for modernization. It was also equipped with SCD. It was replaced by MDE3000 and MDE3000+ secure overlay system, which allows existing and modernized cars continued to work as a group, even if the existing cars are non-Kone brand.

The TMS 9000 was a high-rise elevator control system with artificial intelligence (AI) and VVVF drives (also DC drives but very rare) introduced in the early 1990s. It has a dark blue coloured control cabinet located in the machine room. The system learned the actual traffic patterns generated by the elevator users and then improved its own performance by anticipating the system's requirements at different times. Like the TMS900 and TMS900 MO, it was also equipped with SCD.

This was another TMS series for high-rise buildings, and possibly the final series of TMS. It was equipped with Genetic Algorithm (GA), artificial intelligence and Fuzzy Logic. TMS9900 GA was the control system for the Kone Alta high-rise high-speed elevator model.

Unless those marked as Fiam or Sabiem, all of those were installed by Kone.

Unless those marked as Indolift, all of those were installed by Kone.

All the elevators listed below here were installed under the MacGregor Navire brand. 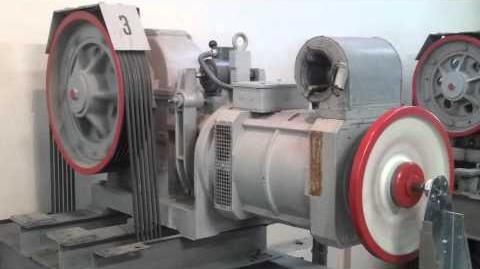 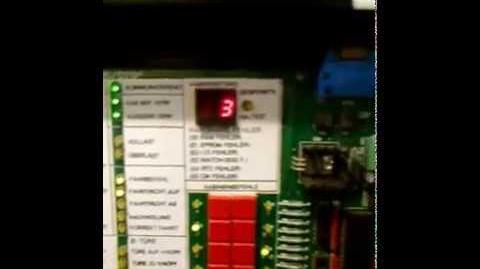 Retrieved from "https://elevation.fandom.com/wiki/Kone_Traffic_Master_System?oldid=70519"
Community content is available under CC-BY-SA unless otherwise noted.