Complete elevators, escalators and moving walkways. including those related components

Kone (officially typeset KONE, and pronounced "KOH-nay" or "KOH-neh") is the third largest elevator manufacturer in the world and (possibly) the world's largest production of machine room less (MRL) elevators (also pioneering in this market as the world's first manufacturer massively-producing MRL traction elevators). It is currently headquartered in Espoo, Finland. Kone also has it's own elevator test centers located in Tytyri, Finland called Kone High Rise Laboratory which is a limestone mine currently still running, and Kunshan, Jiangsu, China. Kone is also an escalator, moving walkway and automatic doors manufacturer, thus making Kone the most complex manufacturer of building systems.

Kone was established on October 27, 1910 as an importer of the Swedish elevator company Graham Brothers. However, the licensing agreement between both companies ended in 1917, after Finland declared independence from Russia. In 1918, Kone decided to make their own elevators.

In 1919, Kone had produced five elevators and by 1924, the company had produced more than 100 elevators. 3000 elevators were produced by KONE in the 1940s. In 1967, a new elevator factory was established in Hyvinkaa, Finland, replacing the previous factory that was located in Haapainiemi Street.

In 1968, Kone acquired the Swedish elevator manufacturer Asea-Graham, which had branches in Denmark and Norway. In the 1970's Kone acquired several European companies such as Stigler (Spain), CNIM (France), Orenstein & Koppel (Germany) and Marryat & Scott and few other companies in England. In 1975, Westinghouse's European Elevator was acquired by Kone, and later forming the Kone Westinghouse brand. Westinghouse was the market leader in France and Belgium.

In 1998, Kone made a partnership with Toshiba Elevator and Building Systems Corporation to made machine room less elevator system for Toshiba. These elevators were known as the "SPACEL-UNI" elevators.[1][2]. Additionally, as a part of the venture, Kone sold a small batch of its self-branded MonoSpace elevators to Japan; most of these installations are currently maintained by Toshiba. In 2004, Toshiba associated with Kone to make double deck elevator.[1] The first one was installed in Kone Test Centre, Tytyri, Finland. Another such elevators were installed in Taipei 101, Taipei, Taiwan.

In 2001, Toshiba Elevator and Building Systems Corporation and Kone announced has signed an Strategic Alliance Agreement[3]. They also strengthen their alliance for escalator production in China in 2005[4].

In 2007, Kone announced that they would stop producing hydraulic elevators, and replace them with the EcoSpace MRL. This is because hydraulic elevators are inefficient due to environmental concern such as land pollution caused by hydraulic oil fluid and consumes much more energy, up to 30-40% more. Even after, Kone continued to maintain and modernize most of such installations in North America originally coming from Armor, Montgomery, MontgomeryKONE, KONE and other manufacturers.

In June 2013, Kone launched a new high-rise elevator technology, called KONE UltraRope, which enables future elevator travel heights of 1 kilometer (about .62 miles). KONE UltraRope is extremely light due to its carbon fibre core and a high-friction coating. Because of these qualities, elevator energy consumption in high-rise buildings can be cut significantly.[5].

In 2014, Kone launched a new elevator modernization system called KONE NanoSpace. It is a machine-room-less elevator full-replacement solution which can replace an old elevator in as little as two weeks compared to the industry average of six, significantly improving the comfort of residents living in multi-floor buildings.[6]

At the same time, Kone, by association with its Swedish daugher, Motala Hissar AB, launched KONE ProSpace, a small elevator that is the successor of MOTALA Hissar MC6000, and is technically very similar to it. Kone ProSpace is designed for buildings that previously did not have any elevators, and the elevator space is very efficient compared to a normal elevator. Also, thanks to the self-supporting shaft, it can be installed without any major modifications to the building’s existing structure. KONE ProSpace initially launched in the Scandinavian market but has since been expanded to the rest of Europe[7]. Also it uses Kone KSS fixtures (mostly KSS 280) instead of Motala's own fixtures.

This design which is unofficially called as M-series among elevator fans, was introduced in 1982/83, It was a standard elevator design geared mostly towards the Scandinavian market. It commonly used the M buttons fixture line with proprietary traction or hydraulic equipments. They were known for using Traffic Master 256, an elevator logic that controls the traction motor using thyristors, and was well-known for it's efficient direct-approach levelling. They were also used with Hydronic 300 hydraulic tanks, developed by Kone's Swedish branch office.

Introduced in the early 1990s as the successor of their 1985 design, it had a more modern approach and with it, it introduced traction elevators controlled by inverters. At this time, the TMS50 controller was introduced, succeeding the TMS256. The TMS50 was also used among the first Kone MonoSpace elevators before the LCECPU was introduced. Novel Elements was the last model to feature hinged doors and no inner doors. The next model segments only had automatic doors.

Kone KMS (shorts for Kingmaster) was another elevator control system that Kone made, probably around the 1980s. Not much is known as it is rare and uncommon compared with TMS (see above), but it is known to use selector.

Kone EcoDisc is the world's first gearless hoisting machine for machine room less elevator system introduced in 1996 along with the MonoSpace elevator. It has different series and sizes depends on the application. There are also other Kone motors which are based on EcoDisc such as Kone PowerDisc and Kone EcoReel. The EcoDisc is also used in many Toshiba SPACEL series elevators in Japan, which was developed together with Kone in 1998.

Kone Stella was a cheap hydraulic alternative model to MonoSpace introduced in 1998 by Kone's Italian branch. It uses a variant of Hydronic 300, which was sold to an Italian generic supplier that also designed the Stella series with Kone Italy.

Kone MiniSpace is a standard compact/mini machine room traction elevator model for low to high-rise buildings, launched in 1998. Like MonoSpace, it is also powered by EcoDisc.

Kone MaxiSpace is a machine room less elevator designed for existing buildings, either installing a new elevator where there wasn't one before or replace an old existing one. It eliminates traditional counterweight in the shaft which can increases the space in the elevator car up to 50%. It is also faster to install and does not require too much construction costs on installation. MaxiSpace is powered by Kone PowerDisc (GMX1), which is a motor based on the EcoDisc. It was launched in 2004.

Kone NanoSpace is a machine room less elevator for replacement of old elevators, which can replace in as little as two weeks. This elevator system replaces traditional large counterweights in the shaft with two balancing weights. NanoSpace features the KONE HybridHoisting hoisting system which consists of belt and ropes; the belt moves the elevator car and the ropes suspend the car in the shaft. The motor (KONE EcoReel) which is based on the Kone EcoDisc but much more compact, is installed in the shaft pit. Installation only requires two weeks as there are fewer components and large equipments are installed at the bottom of the shaft. The controller cabinet is only located on the lowest floor instead on the highest floor.

Kone ProSpace is another machine room less elevator system, designed for existing buildings that previously did not have an elevator. It is a complete elevator solution that is smaller and efficient, so small that it can be installed in limited spaces like a stairwell. ProSpace is a self-supporting elevator without the need of major building alterations or putting stress load in the building. Like MaxiSpace and NanoSpace, Kone ProSpace installation only requires as little as in two weeks because it is lightweight, requires little space and does not have machine room. Furthermore, the quicker installation minimizes distruptions in the building. ProSpace was launched in association with Motala Hissar AB, and it is a successor of the MOTALA Hissar MC6000 because of its similar design. It was launched in 2014.

Kone CombiSpace is a modernization model for existing buildings. It has the unusual MR EcoDisc designed for this model only. It was launched in 2014.

Kone TranSys a freight and service machine room less elevator model which is based on Kone MonoSpace. In the United Kingdom, it is marketed as Kone MonoGoods. TranSys was launched in 2000.

Kone Alta was a high speed elevator model for high-rise buildings which comes in either single or double deck cars, and powered by the EcoDisc MX100 hoisting motor. It was launched in 2000.

The Kone TravelMaster 110 is an escalator model of Kone. It is used in shopping centres, department stores, stadiums, offices, hotels, and airports. It was the successor of Kone ECO3000.

The Kone TransitMaster 120 is an escalator model used for high traffic areas. It is used in train and metro stations and airports.

The Kone TransitMaster 140 is a highly durable escalator designed for the most demanding public transportation environments, such as metro stations and airports.

With the exception of Tanjung Raya Eramas, all of these companies have been acquired by Kone.

In November 2006, Kone was fined 479 million Euros by the European Union after found out that Mitsubishi was doing price fixing over 9 years. Other manufacturers that was involved in the price fixing cartel incident was Otis, Schindler and Mitsubishi Electric Elevator Europe.[20]

A set of Kone escalators in one of the Circle Line MRT stations in Singapore. 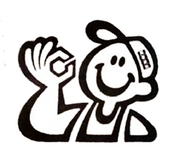