The history of the company started out in 1974 when PT. Harton Tektama, a local mechanical and electrical engineering firm, was established and became the sole distributor of Italian made Semag elevators in Indonesia. The firm's role and experience in the vertical transportation field led to the establishment of a new local elevator company as part of the government's program of using domestic/local made products. In 1982, Indolift was established and registered as PT. Indo Elevator Industri Pratama. The company started its experimental production in July 1986 followed by a commercial production in January 1987 under the trademark "INDOLIFT". The first Indolift elevator was installed in January 1987 at the Bank Pasar Swadesi building in Surabaya, which was a 15 persons-capacity deluxe passenger elevator serving five floors. Until the late 1980s, it was the first and only Indonesian elevator company that was able to produce elevators locally. The company claimed that only 30% of its product components were imported, while the rest were locally made. Meanwhile, PT. Harton Tektama served as the sole distributor of Indolift elevators in Indonesia.

In 1994, Kone established a joint venture with Indolift as a mean of entering the Indonesian market. They owned a 46% shareholding in the joint venture. A year later, the joint venture was 100% acquired by Kone[2] and the company changed name into PT. KONE Indo Elevator. After the acquisition, Kone began installing elevators that were pretty much identical to 1990s Indolift elevators that were produced and installed before the acquisition, such as reusing Indolift's signal fixtures, cabs, and other components. Kone's 1980s-1990s M-Series chimes were also used on these elevators as well[3]. There are still a few number of such Kone installations that can be found in Indonesia.

The head office, factory and showroom of the company was located on Jalan Raya Rungkut Menanggal No. 11, Surabaya. It consist of a four storey building with a hydraulic elevator and a 8 storey testing tower with a traction elevator for elevator testing purposes. The factory had a 4000 meters per square area. It also had representatives in Jakarta and Bandung. It is unknown if Indolift had representatives in other major cities in Indonesia.

After the acquisition, Kone opened a factory in Waru, Sidoarjo (now closed) as well as a branch office in Jl. Untung Suropati, Surabaya, before moving to a building somewhere in the city and later moved again to Waru, Sidoarjo where it is currently located.

There are still quite few numbers of Indolift elevators exist in the country, but some of them have been put out of service indefinitely, modernized or replaced by elevator companies.

A 1990s Indolift elevator in Fakultas Kedokteran Universitas Indonesia, Jakarta (Credit: JC 95 Elevators). This was taken in 2016, before it was replaced into Delta Lift in 2017.

Indolift elevator advertisement from the 1990 edition of Yellow Pages Indonesia.
Add a photo to this gallery 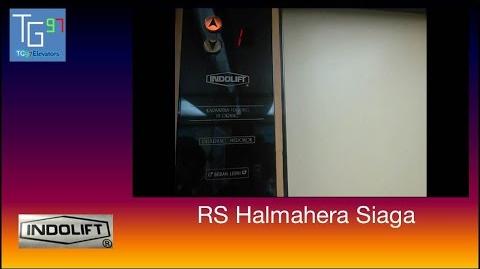 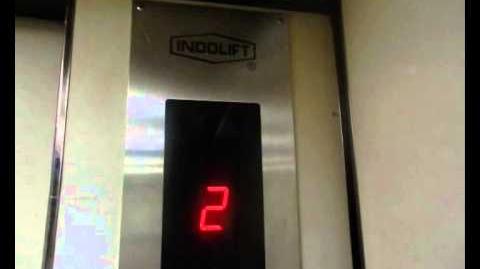 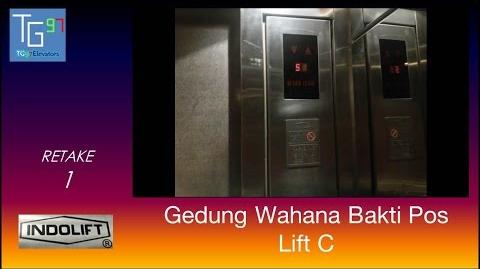 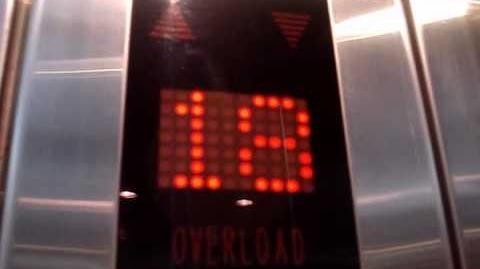 Retrieved from "https://elevation.fandom.com/wiki/Indolift?oldid=65372"
Community content is available under CC-BY-SA unless otherwise noted.