This page contains all the featured media posted in a main page.

This media is come from: Buffers

The early invention of the escalator steps are made by wood. (from: Escalator landing plate guide)

Major elevator companies usually update their fixtures design to keep the elevators have a fresh looking for the users. (from: Kone Elevator Fixtures Guide (worldwide))

Automatic elevator doors are the compulsory parts for all the modern elevator. The component in this photo is a door operator installed on the elevator car. (from Elevator door types)

For the passengers safety reasons. Some elevators additionally installed a set of electric proximity edges to ensure the doorway is clear. (from Door sensors)

Different countries may have different requirement for accessibility. Make a panel for the disabled is one the common method for this. (from Otis Elevator Fixtures Guide (worldwide))

Some elevator companies may update their elevator design with proper fixtures like Schindler, their 5500 elevators with newly designed fixture to match the building design. (from Schindler Elevator Fixtures Guide (Linea 300 section))

Now this is what we call a "rare elevator advertisement posted in a public building. (from: Fujitec Elevator) 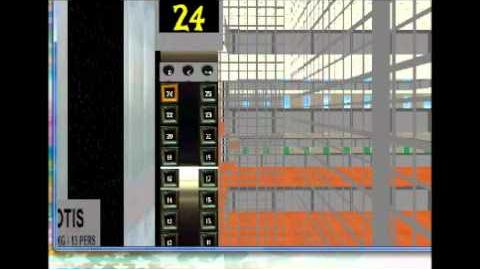 A set of Kone MonoSpace elevator with top M.R.L. cabinet.
Add a photo to this gallery
Retrieved from "https://elevation.fandom.com/wiki/Elevator_Wiki:Historic_Featured_Media?oldid=34815"
Community content is available under CC-BY-SA unless otherwise noted.